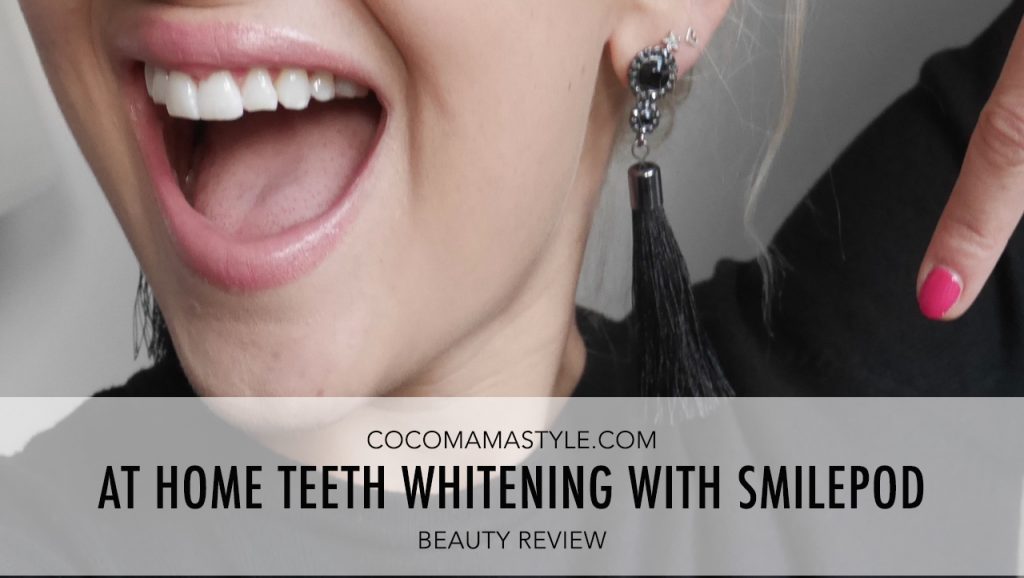 No matter what your age, lifestyle, career, life stage or pretty much whoever you are, the power of a smile can never be underestimated; it can brighten the day of those around you and doesn’t cost a penny. Feeling confident with your own smile though can be a different matter and for me, despite nearly 3 years of train-track braces as a teenager I’ve never felt confident with my smile and have tried countless drug-store whitening products and toothpastes. I’d considered braces as an adult but the cost (and discomfort) have always put me off, so professional whitening seemed the best option.

Back in 2016 I visited Smilepod in London’s Soho to try out their High Gloss Diamond Polish treatment and shared my experience here, I highly recommend it as step-up from a regular hygienist appointment and works well as a deep clean treatment. When Smilepod invited me back in to review their teeth whitening treatment I couldn’t resist.

Read on to find out how I got on and how easy it was to achieve these results: 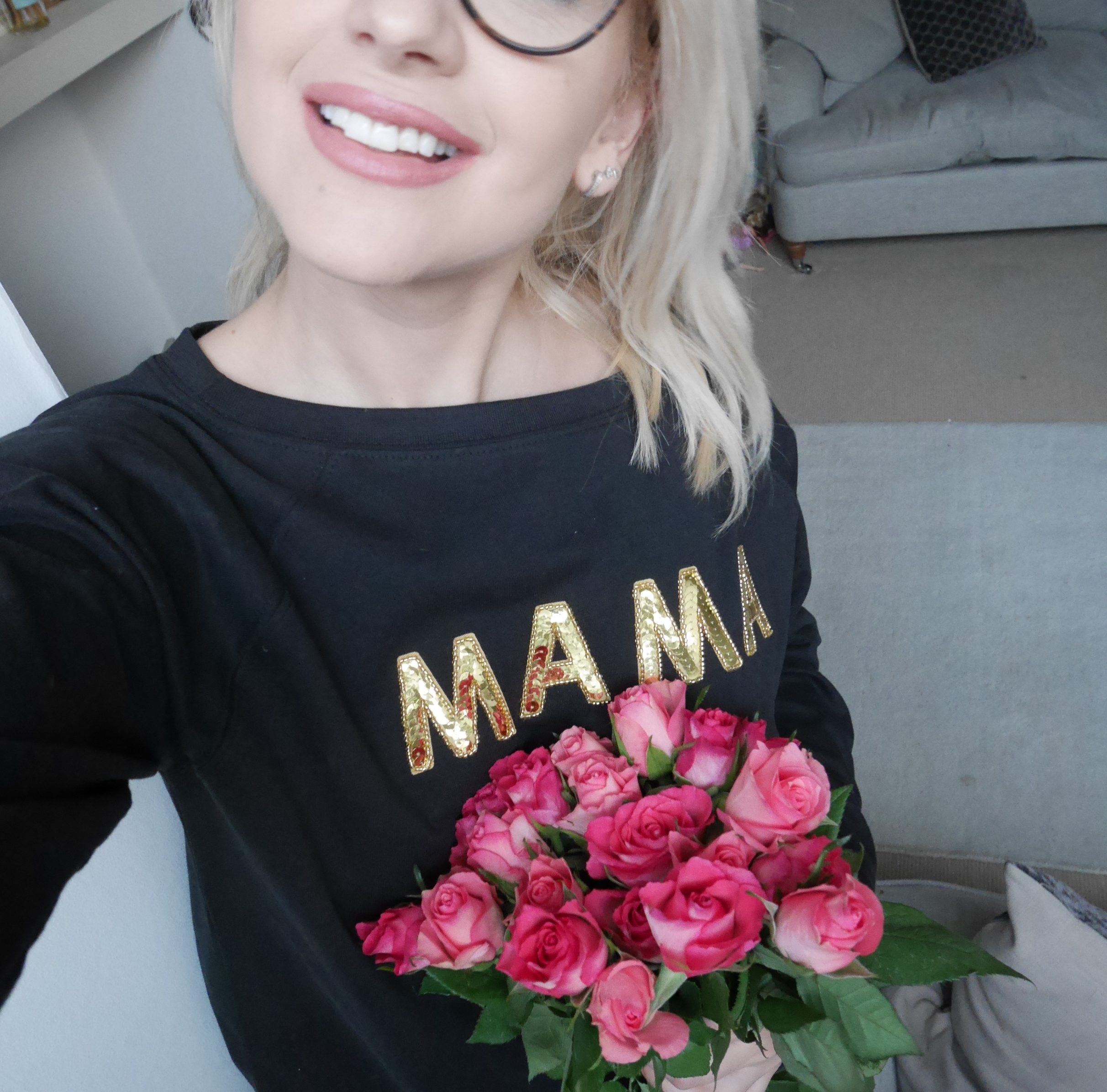 At the first appointment my Dentist, Stephen, talked me through the process and checked over my teeth, then moulds were taken of both the top and bottom sets of teeth – just like having play-do squished onto your teeth in trays so there was no pain or discomfort. My existing tooth colour was matched to a guide so we could tell how many shades whiter they’d become post-treatment and photos also taken to allow us to compare the before and after results.

My teeth are naturally fairly sensitive so I was a little concerned the treatment would increase the sensitivity and I think for me it was wise to opt for the at-home night-time whitening over two weeks rather than the 90 minute in-studio whitening as I think this may have caused too much sensitivity for me, personally.

During the week between my two appointments, I brushed with Sensodyne toothpaste (using travel size tubes given to me at my first session) and I was told that if I felt my teeth were uncomfortably sensitive during the treatment itself I could take a night off the whitening and use the trays with Sensodyne in overnight instead, but I didn’t need to do this.

A week later I went back to Smilepod to pick up the trays made from the moulds of my teeth and the tubes of whitening paste. Stephen checked the trays fit well and explained how to use the small syringes of paste, where to place it in the trays, where to store them (in the fridge) and how to get the best results.

The process at home was simple and after brushing my teething in the evening I squeezed the whitening paste into the top and bottom trays and popped them over my teeth then went to bed. You can keep the trays in for 8 hours and in the morning just remove them, rinse and brush gently with cool water. If you’re too rough or use hot water it will distort the trays and they won’t fit properly next time you use them. Then pop them back in their box until that night.

The treatment includes enough whitening paste for 2 weeks providing you use it as your dentist has shown you. Too much paste won’t make them whiter quicker it will simply squeeze out of the trays when you place them over your teeth and will be wasted.

After just 2 nights of using the whitening trays I could notice a difference in the colour of my teeth; I’d not expected such a quick, visible change. What I loved about the treatment (apart from the speedy results) was that I could do it at my own pace and if I missed a day, it didn’t matter; I’d had a late night and didn’t want waste a night’s paste if I wasn’t going to be wearing the trays for more than a few hours so I had a night off. 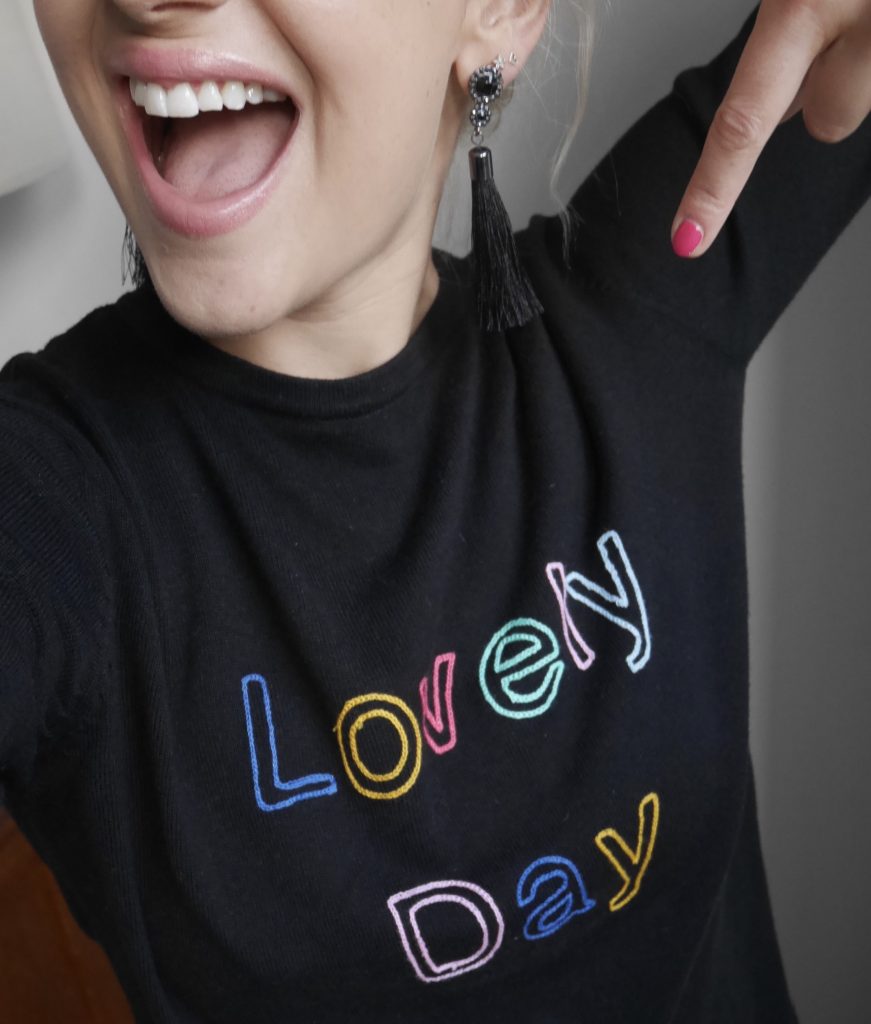 I could also then choose where to focus the whitening so towards the end of the two weeks I used less paste on the bottom set so there was spare to last for the top set an extra day or two – as my top front teeth are more noticeable when I speak and smile.
I had a few weeks off tea and coffee to get the most out of the treatment and I didn’t really miss it to be honest. I’m not a red wine drinker but it is recommended you avoid it while whitening for the best results.

Two weeks later I went back to Smilepod for Stephen to check over my teeth and take photos to compare the before and after colour. The difference seemed huge but Stephen said he still thought they could become whiter so I bought another tube of whitening paste for another week of treatment.

Before treatment and results after 2 weeks of nightly whitening treatment

I also noticed that where I was suffering from an aching jaw thanks to grinding my teeth at night (and grinding away 20% of the surface of my teeth!) the trays I placed over my teeth each night with the whitening solution in, actually took the pressure off caused by the grinding. The down side to this is that my trays may not last as long as they could because I’ll wear them through sooner than if I didn’t have a night-time tooth grinding habit! 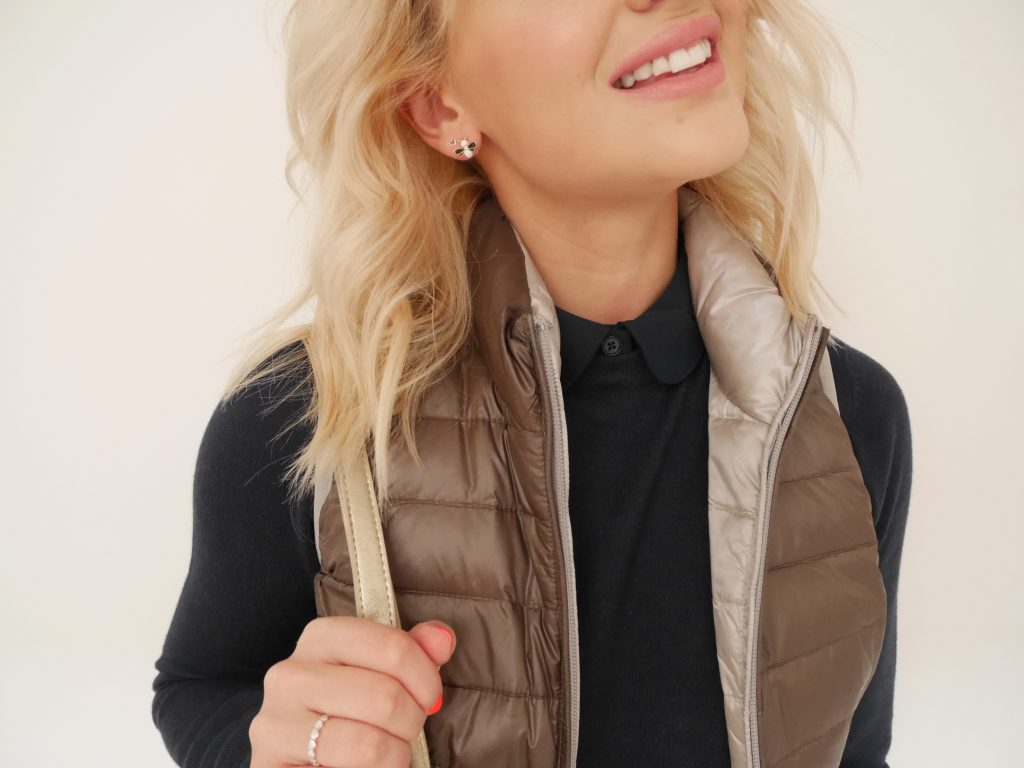 Since the treatment, even though I am back on my daily oat cappuccino habit, the results are still clear and I feel so much more confident with my smile in photos and real life. I get a lot of compliments now about my white teeth which is always a great confidence booster.

I have since popped back to Smilepod to buy a couple more tubes of the paste for a refresh if I’ve wanted an extra white boost and I can do this every now and then providing my trays are in good condition and still fit well.

No filter, retouching or lightening on any of my images above.

With HUGE thanks to Smilepod Soho for inviting me to review this treatment and to Stephen, my fab dentist! While the treatment was free, all words and opinions are my own and I really cannot recommend the treatment and service highly enough and subsequent tubes of whitening treatment were paid for by me.